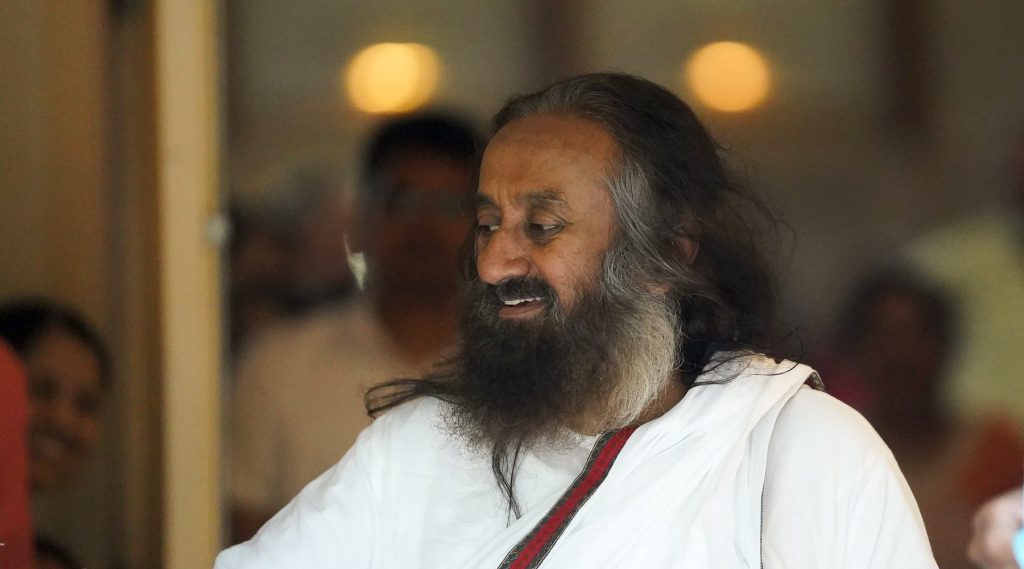 Leadership is a manifestation of strong love and compassion for people. It represents a commitment to principles. In that sense, a certain degree of leadership is dormant in every individual. The challenge comes when one has to nurture it.

A true leader—whether political, religious or social—has many challenges to face. The capacity to express one’s commitment varies from individual to individual. It is often clogged by one’s likes and dislikes. Yet, a leader has to view everyone with the same outlook, appraise everyone with the same yardstick. He has to find discrimination as well as the much-needed wisdom to act at the right time.

The society he lives in and the groups he represents are not homogeneous and one cannot satisfy everybody. Yet, a leader has to carry everyone along and do justice to everybody. A leader has to withstand criticism and not react emotionally to situations. Often leaders are surrounded by sycophants who try to boost their egos for their own personal agenda. A leader does need hands and feet and has to depend on people around him. At the same time, he should not find himself in a position where he gets confined in a fortress of his close aides or becomes a captive of his admirers.

One of the most desired qualities of a true leader is the courage to stretch his hands toward his critics and have the patience to listen to them. A true leader takes failures with as much equanimity as he would successes that come to his doorstep. These days leaders are defensive all the time, explaining their shortcomings or justifying their wrong actions. A true leader will neither complain nor explain, and is open to learning all the time. Admitting a past mistake and creating space for others with completely diverse viewpoints can make a leader more acceptable, universal. A leader does not pass the buck.

A true leader balances ideology and practicality, long-term goals with short-term needs. Those who stick only to idealism cannot become leaders and those who think they are very practical and without any ideology also bite the dust.

A leader cannot be either generic or specific. He has to strike the balance between personal attention to people and the generic vision for the group, community or country he leads.

A leader should have the courage to accept his weak moments. He should understand that people are magnanimous. They would appreciate his straightforwardness and accept his shortcomings rather than him trying to hide them.

While self-righteous people create distaste in others, those who take credit for every good action are equally distanced. A leader should acknowledge others’ contributions and at the same time see that these contributions don’t get to their heads.

A leader can create a mob but he should know that a mob is short lived. A shortsighted leader creates a mob; a leader with wisdom creates a movement. Mahatma Gandhi, Nelson Mandela, and Martin Luther King, Jr. are examples of inspirational leaders who created movements.

All this may sound utopian, but in reality, if you look keenly into the lives of the most successful leaders, you will find all these qualities naturally manifest at some time or the other. You don’t have to do much to inculcate these qualities; just their awareness is good enough to make a good leader.

Be one. The world needs you.