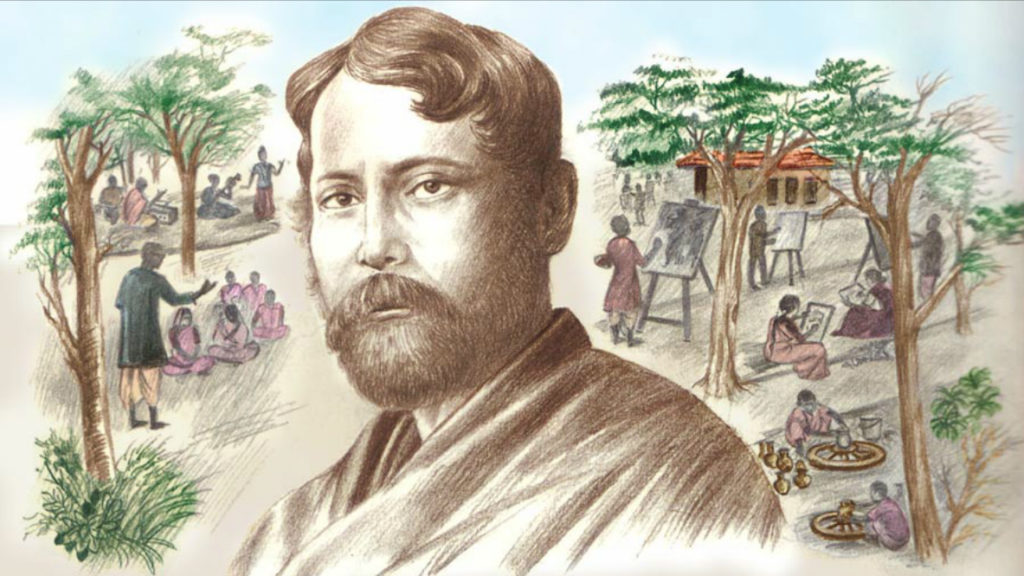 Let us look at some of the prominent views on education by eminent Indian leaders like Rabindranath Tagore, Rajaji, Rajiv Gandhi and others.

Santiniketan, a town in the Birbhum district of West Bengal was established by Maharishi Devendranath Tagore, father of Rabindranath Tagore. This town was expanded by Rabindranath Tagore, who converted it into a university town of Vishva Bharati University. Reflecting the vision of Tagore, it became the first recognized university of India, deemed as such by the Central Government in 1951.

Rabindranath Tagore had this to say on the education system, then under British Raj, which he wanted to transform:

While lessons were pelted at us like hailstones on flowers,

We had to sit inert, like dead specimens of some museum.”

Having suffered from bad teaching in his childhood, Tagore’s focus at the Shantiniketan was mostly on nature-based education and open air learning. 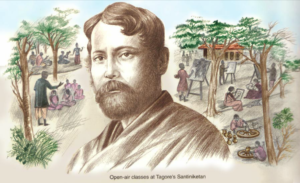 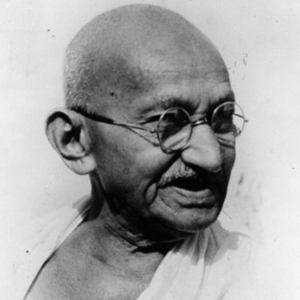 He had this to say, on the British System of education:

“We are stuffing children’s minds with all kinds of information,

Without ever thinking of stimulating or developing them.

Nayi Talim system of education sought to stimulate the intellectual curiosity in a student through scientific research and discovery. Gandhi wanted a complete, village centered plan for national education. He was of the view that schools needed to be made self-supporting. Agricultural colleges incapable of supporting themselves on their own were not worthy of the name and the state should not have to provide college education.

Sri Rajagopalachari, popularly known as Rajaji was the spiritual friend of Mahatma Gandhi and the first and last Governor General of India. He had a very different view on education, to blend India’s traditional vocation-based education with the modern system of education.

Rajaji wanted one half of the day at school to focus on general education and the other half on hands on training. 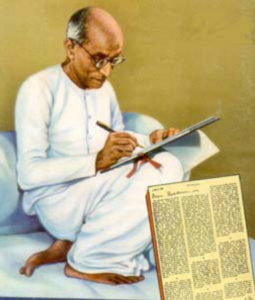 Maithili Sharan Gupt was one of the most renowned Hindi poets of the previous century.

The poet, who lived between 1886 and 1964, spoke about the adverse nature of the British system of education, in his poetic work Bharat-Bharati.

“Contemporary education is entirely against us.

It’s root of why we are contemptuous against our own nation.

With it we don’t develop a liking for own attributes.

It doesn’t allow us to be proudly devoted to our ancestors.

Instead it inculcates only a blind reverence for everything alien.

But what would be the end result? Slavery! Only slavery!” 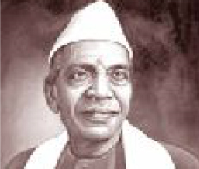 Rajiv Gandhi, the son of Indira Gandhi and grandson of Jawahar Lal Nehru, was the 6th Prime Minister of the Republic of India.

Rajiv Gandhi in 1986, initiated a comprehensive review of Education Policy. In his speech at Ferguson College in Pune on June 6th 1985, Rajiv Gandhi suggested a revision of the education system for India, every 5 years.

“…Education is more than just reading the sciences and reading bio-technology or specializing in particular spheres. I think the primary goal of our education has to be the development of the human being to be a better human being. All our aims, whether they’re technological or scientific, should be towards the same end. When we’re able to achieve and move towards this target, we shall really see a betterment coming about in India…”